Three weeks ago, I purchased two Cannondale Quick 6 fitness bicycles - one for myself and one for my youngest daughter. She's working for me to pay it off. I hadn't owned a bicycle in probably 35 years.

This bike is made to traverse bike paths and some pavement. It's not a mountain bike and it's not a sleek racing bike.

Yesterday, we went riding again on the Northern Rail Trail here in New Hampshire. It's a 60-plus-mile bike path along the abandoned Boston and Maine rail line - the same rail line that opens in a new windowI'm a conductor on!

We went 4.5 miles from Andover, NH up to Eagle Pond and back in just under two hours.

It's a joy to be riding again and I look forward to the late summer and early fall when the adventures will be cooler and the trees will be red, orange, yellow and harvest gold!

I urge you to consider riding a bike for some low-impact workouts!

How many paint brushes have you thrown away? Would you believe me if I told you I've got 15-year-old paint brushes that are as limber as the day I bought them?

Yes, I've used them. I know what you're thinking, that they're still in the sleeve unused.

I was taught years ago by professional painters how to care for brushes and clean them the right way. It's easy!

opens in a new windowWatch this video. 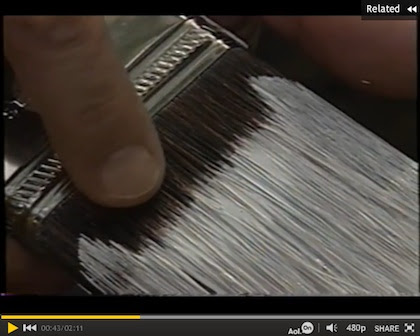 I had the pleasure of having dinner with Tom and Michael last Friday night when I was in Hartford, CT for the ARRL Centennial Convention. Two other subscribers were to join us, but last-minute issues prevented it. 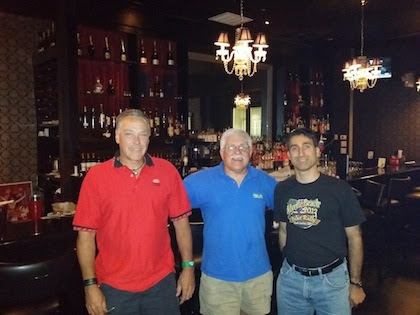 We had a great dinner with fantastic conversation. Tom took my Handyman Classes and is now running a rocking successful handyman biz in Hartford. Mike is an electrical engineer and I helped him solve an issue with my opens in a new windowLinear French Drain Streaming Video.

Thanks Tom and Mike for meeting up!

If you want to read about my adventure at the ARRL Centennial Convention and view a video I shot while there,

opens in a new windowCLICK HERE.

Have you ever walked away from something cooking only to return to see a blackened mess in the skillet?

About two years after getting married, I once made blackies. Blackies are brownies that have been baking in the oven for about four hours.

For whatever reason, I decided to make brownies one day, and then Kathy and I left the house while they were still in the oven. What a dolt I was. If I had opens in a new windowStain Solver at the time, I wouldn't have had to throw away the blackened Pyrex glass pan!

You're not going to believe the opens in a new windowBefore and After photos Carol sent in to me.

Popped drywall ceilings were the rage in the 1970's. Finishers loved them because it's lots of work to finish ceilings smooth. Popcorn ceilings were also done for the same reasons.

John's having issues trying to match his.

opens in a new windowRead what I told him to do.

Are you thinking of doing your own roof to save money? If you've got a fairly simple low-slope roof with no tough flashing situations, it's possible you can really get the job done saving sweet moola.

Last week, I used my opens in a new windowPaslode cordless roofing nailer again, and I have to tell you this is a tool you should buy if you do your own roofing. It will save you from a swollen thumb or two. It could also save you massive time and a trip to the ER. 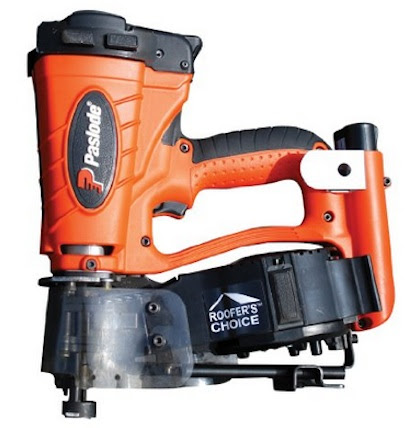 This nail gun put in thousands of nails for me perfectly. I wish I would have had it twenty years ago!

opens in a new windowReplacing a Single Piece of Hardwood Flooring

opens in a new windowBubble Football

opens in a new windowWater Leaks in Brick

opens in a new windowWeekend Warrior email FOR SURE on Friday! Watch for it.